Assemblymember Cedillo states, “The Senate Education Committee has taken an important step in voting in favor of this part of the California Dream Act today. Following the U.S. Supreme Court decision rejecting the appeal of AB 540, the committee has demonstrated their commitment to help foster the development of future architects, doctors, teachers, scientists and scholars who are crucial to the success of the California economy. Increasing the earning potential of these students helps all of us by contributing to our tax base; thus improving services and resources.”

Robert J. Birgeneau, Chancellor, U.C. Berkeley testified in support of AB131 indicating that, “It is UC’s policy is to return about 30% of our revenues to students in the form of financial aid. These are our best and brightest students in the state; our state’s future. This includes undocumented students. AB 131 is a critical component to continue the economic vitality of our state. These students need and deserve our support at the same level of aid as other students.”

Maria Luna, an undocumented student related, “I was brought to the county when I was 3 days old. I attended UC Berkeley, but because I could not afford the tuition without financial aid, I had to transfer to Sacramento State, where I received a BA degree.” AB 131 will provide crucial support for students such as me.” 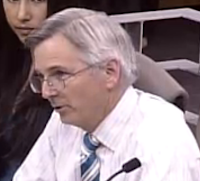 David Rattray, Senior Vice President of Education and Workforce Development, Los Angeles Area Chamber of Commerce stated, “The Los Angeles Area Chamber of Commerce has supported the Federal Dream Act last fall in Congress and we supported AB 540. We live and breathe this because we know it is right the thing to do. We see such incredible talent and it is unethical not to get behind this. We are pragmatic; homegrown talent should not be wasted. These students have done everything we’ve asked them to do. It is unconscionable to tell them that we did not mean it for you. We respectfully urge you to vote in favor of AB 131.”